The Effectiveness Of WBIBL Model 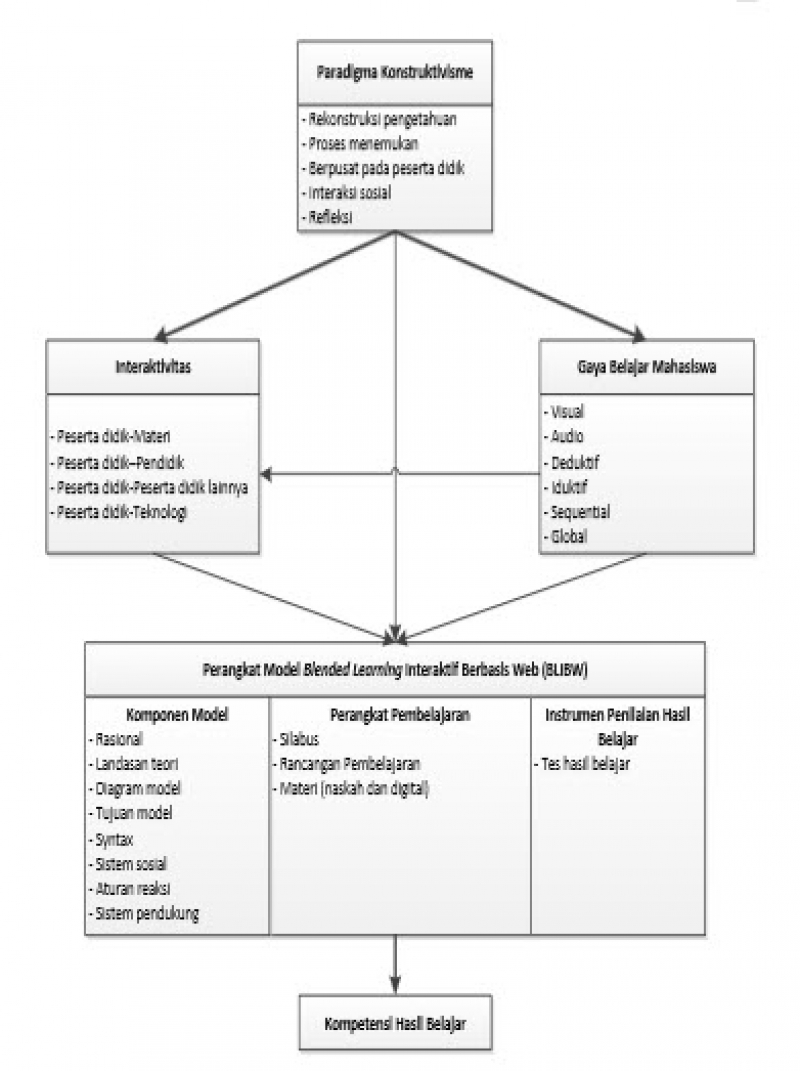 The study was to test the effectiveness of the Web-Based Interactive Blended Learning Model (BLIBW) for subjects in the Department of Electrical Engineering, Padang State University. The design that the researcher employed was a quasi-experimental design with one group pretest-posttest, which was conducted on a group of students consisting of 30 people and the test was conducted for two times. The effectiveness of BLIBW Model was tested by comparing the average pretest scores and the average posttest scores both in the first trial and the second trial. The average pretest and posttest scores in the first trial were 14.13 and 33.80. The increase in the average score was significant at alpha 0.05. Then, the average pretest and posttest scores in the second trial were 18.67 and 47.03. The result was also significant at alpha 0.05. The effectiveness of BLIBW Model in the second trial was higher than in the first test. Those results were not entirely satisfactory and it might be caused several weaknesses in both tests such as the number of sessions were limited, there was only one subject, and the number of students who were subjected too limited. However, the researcher would like to conclude that the BLIBW Model might be implemented as a replacement alternative for the face-to-face instruction.